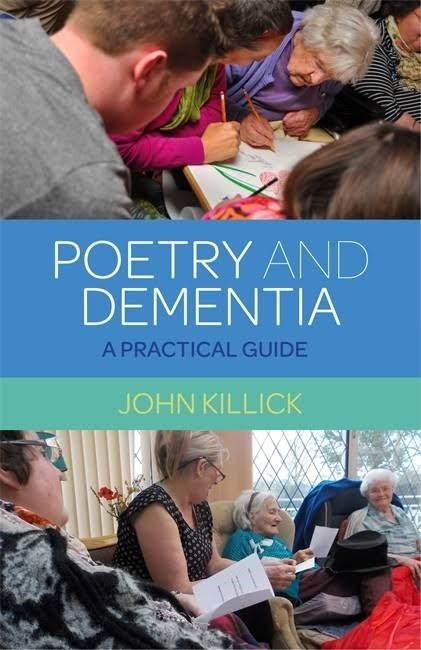 I was fortunate to hear John Killick’s address at the Breathing Space conference held at Snowdonia in November 2017. He began by talking about the fashion in contemporary poetry for obscure meaning and identified a trend towards more accessible, more natural writing, arguing that there is greater value in what has clarity of meaning. He allied himself with Peter Elbow’s approach to language and the application of speech to writing, as described in Peter’s book, Vernacular Eloquence.  Indeed, he refers to Elbow’s work in his postscript in Poetry and Dementia, published by Jessica Kingsley, 2018, when he discusses the quality of the language of people with dementia, describing it as ‘the Poetry of Natural Speech’.

Until this year, I had not worked with older people in a care setting and, so, had not participated with any great degree of attentiveness in discussions about working with this group.  Out of the blue, I was offered the chance to lead a Comic Relief funded project for Arts Care Gofal Celf in two care homes near Swansea and I took the work, thinking that it would offer me a new experience.  As a novice, I have to confess that I was not convinced about the potential benefits of words for wellbeing for those who had lost language in written and/or oral forms.  I chose, therefore, to read Killick’s book with a vested interest.

...it is easy to read and yet conveys the complexity of the effects of the condition dementia and ways of using poetry effectively.

Described as a practical guide, it is easy to read and yet conveys the complexity of the effects of the condition dementia and ways of using poetry effectively.  His understanding and experience of the work gives authority to his explanation and I found it easy to grasp.  He immediately addressed my reservations in the first chapter, giving five theories why the arts can be beneficial to the condition of dementia.  Moving on to the matter of language, he writes about the ‘extraordinary vividness of language used by people with dementia’ and states that ‘dementia does something special to the language and feeling processes of people.  That is why we need to listen and learn and celebrate.’  These words led to a personal inner shift and I began to wonder if I might benefit from the experience of the work that I had just agreed to undertake.

I was encouraged, too, by the examples of possible ways of working and of some of the products by participants of interaction with words for wellbeing practitioners.  I noted that I should expect to read poems out loud, as it was likely that many would find this difficult.  Killick also describes how there can be unexpected responses from those who no longer communicate verbally.  In relation to this, I was glad to be reminded of Gillian Clarke’s poem about her visit to a mental hospital to read poems Miracle on Saint David’s Day.  This also provided me with the idea for my first session, using Wordsworth’s I Wandered Lonely as a Cloud, for I felt that this could be a good start, using a poem that many older people had had to learn while they were at school.  And it proved to be a good choice.

I was reassured by John’s style of writing and was impressed by his depth of thought...

At my first session, participants included staff, residents and volunteers and I could see why John had advised the use of voice recorders and how it was important to take work away and return with poetic form whilst keeping the voice of the speaker.  I was surprised and delighted by the feedback from staff, who were enthused by the activity for themselves, as well as describing how some of those present had made a connection with language that was not usual for them now. The evident happiness of all those who had been a part of the session was reward of its own.

I achieved a successful first session, from which I could build, because I had been so well prepared by the book.  I was reassured by John’s style of writing and was impressed by his depth of thought, which works well with the simplicity of form and language.  Practical examples and accounts of practitioners’ experiences take the book beyond theoretical content and were very useful.  I felt that Killick summed up what is now the fundament of my practice when working with people of dementia, ‘Acts of kindness are what people with dementia need’, (although this could equally well apply in all that we do in words for wellbeing practice).

You can buy a copy of Poetry and Dementia right here. 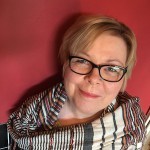 Clare Scott is Chair of Lapidus International. She is also a writer in Wales who has been focusing on psychogeography and our relationship with the natural landscape as part of her Creative Writing PhD. She has an MA in Creative Writing and has been writer in residence for a National Trust venue. Her career has included work as an educational specialist (autism), social work and sexual health. She has trained in counselling and is a poetry therapist in training with iaPOETRY, delivering writing for well-being with community organisations and individuals. She has coordinated learning support provision (including the mental-health service) at a University, developing projects, monitoring and evaluating the service and setting up a conference.

Do you have a book you'd like to review for us? Get in touch and let us know!

Thanks for this review Clare - John really is inspirational.
Vicky