From the Field: An Interview with Carolyn Shanti 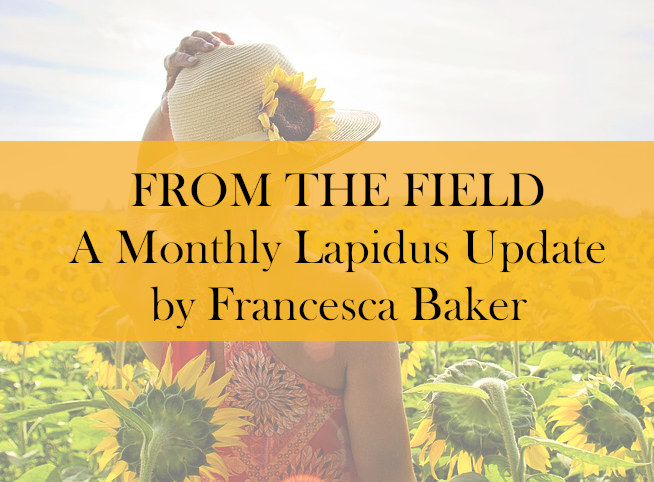 Carolyn Shanti is the author of ‘Trap, Prey, Lust’. The novel is based on the true story of her own childhood, where she was brought up in a wealthy and privileged family in England. A secluded and idyllic mansion, surrounded by acres of private property was where she spent her childhood years. It was also a place of dark shadows and sexual secrets. Her father, a prominent businessman in the fashion industry was a member of a well-known occult society. As a young child, Carolyn suffered ritual sexual abuse and was raped, not only by her own father but members of the society. She was ‘groomed’ and the use of mind control techniques were put in place to work against her remembering the abuse or the perpetrators of these acts of violence.

In ‘Trap, Prey, Lust’ she has narrated her own story of childhood abuse in the form of fiction. Her wish in publishing this book is to demonstrate the seriousness of the issues that we face in the sexual abuse of women and children, the cults and secret societies that support these crimes, and the cultures that often condone these practices.

It was on a trip to India in 2013 that she started to have memories of the abuse, she was so unwell that she sought the help of Dr Rajan Sankaran, a renowned holistic physician, homeopath, and international speaker. In gratitude for his help, she has dedicated her book to him. For four years she was under his care at his clinic in Mumbai and has now almost completed her healing. It has been a long and arduous journey, but one that writing has helped with.

Here she talks to Francesca Baker about the wonder of words.

Were you always a writer?

I have always been a writer and reader but my passion for writing really started when I had trained as a social worker and felt strongly about issues that I saw while I was working.

In the early 1970’s I wrote an article in ‘New Society’ about the problem of homeless families in London. The conditions were very bad for these families and so I went and interviewed the families and wrote up the results.

While I worked as a social worker and social work lecturer at Melbourne University, I wrote several research projects, one of which was on the care of attempted suicide in public hospitals. I published many papers while I was teaching at this university.

So, I guess in answer to your question I have had a strong desire to write about things that matter to me, about social issues. Now I am the patient and writing about my experience of sexual abuse. Writing about others is very different to writing about oneself. It has been a very cathartic experience.

How did writing help you process such difficult experiences?

There were times when I could not write at all. I was going through such terror and panic. It was as though my blood ran cold, I was very frightened. I had to put the book away for many months but then there was a new level of acceptance that these terrible things had happened to me and I started to own them.

First you start with seeing the problem as an object, an academic situation, the feelings come later, this stage lasted for four years for me and it was not until the final stages of finishing the book the characters no longer existed in a way and I had to in my heart accept at this deepest level all the pain that I felt. This was very hard.

Are there any exercises or tools that you use?

I use a lot of mindfulness exercises that I learned from my doctor, Dr Rajan Sankaran. Things like meditation, movement, voice, painting. This in turn helps the writing.

Then I used yoga postures that would help me to find the places of emotional pain in the body. Postures that open the heart help a lot as tools to opening feelings and then being able to write at a deeper level.

I sometimes write out a character in full, feeling the way the character reacts to things, what they look like. I go through sentences repeatedly to tease out the meaning of them. I look at words and see if there are too many or things could be expressed differently. It is a process of vigilance.

Was it difficult dealing with such a sensitive issue?

With the mission of wanting to create greater global awareness I had to reveal with great clarity what sexual abuse is, what is the experience. I had to be very careful writing about the sexual incidents in the book, in a graphic way. On the other hand, I had to exclude too much detail, or it would be disturbing to the reader.

In cathartic writing or writing to heal for one’s own use, one can write exactly what you want but when one is considering publishing the material the responsibilities are great, to protect the reader and the sanctity of writing itself.

It took five years to write this book, it was never easy and often I had to rework the material many times to get it just write for the reader and the public.

Then also one must augment the writing with interesting and beautiful text to uplift the reader and create lightness to create a really good book.

Do you have something you'd like to share that you are doing 'out in the field' of Words for Wellbeing? Get in touch with Francesca and have a chat! - This email address is being protected from spambots. You need JavaScript enabled to view it.

Interview with Tony Page - Secret Box: Searching for Dad in a Century of Self

An Interview With Stephen Gillatt, the author of Mad, Sad, Dysfunctional Dad